Integration with new cameras, access to images through a single platform and ease of communication with support from the software were decisive factors in the project 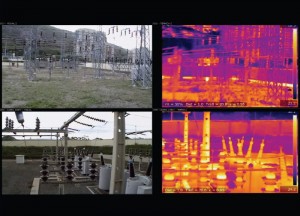 Digifort has just recorded yet another important success case in the Brazilian market. This time, the “First Brazilian IP Surveillance Software” contributed to the solution of technological demands from Grupo Light, a public concessionaire in the fields of generation and distribution of electricity in the state of Rio de Janeiro. The conceptual and executive project was possible thanks to the technical expertise of the integrator, Aeon Technologies, responsible for implementing the systems. From the software’s 6.6 version, Digifort was installed in several of the company’s electricity substations, totaling ten units completed until the end of 2014. The storage of thermographic images was one of the main innovations.

According to Bernardo Falcon, Aeon’s commercial director, 19 cameras have been installed so far, whereas seven of them feature thermal and visual functions (model a310PT) from the manufacturer FLIR, and 11 visual equipment of the Dome PTZ type from the AXIS brand (model P5534-E). The action satisfied the demands at Light substations, which were addressed in the project’s current stage. In the medium term, several units will receive this technology. “Ease of integration with new cameras, as in the case with the A310EN from FLIR, the possibility of accessing images by means of a single platform, and the effective communication with support staff from Digifort eased the project’s evolution”, reveals Falcon.

In the Operational Control Center, which operates 24 hours a day, Light monitors, in real time, all structures in its electric energy distribution network throughout the state. Falcon emphasizes that there are projects underway for expanding the solutions from Digifort in the company. “The system has been approved as standard for substations and it will be expanded during the retrofit of other Light units. We have already installed it in six substations and four more will receive it in 2014. The storage of thermographic images and integration with the Scada E-Terra platform, from Alstom, work extremely well”.

For Carlos Eduardo Bonilha, Digifort’s CEO, one of the solution’s key differentials is the fact that the software has enabled the integration of the cameras with the Scada supervisory in use at Light units. “This way, any camera compatible with Digifort may be connected to the system and will be accessible via the standard operation platform, without the need to open a new console to manage the system. All that is required is to integrate the Scada platform to Digifort, significantly reducing the costs related to the implementation of the new cameras in the company’s grounds”. 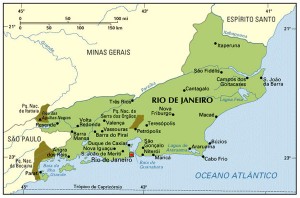 Project will be extended to other Rio sites

Falcon explains that without Digifort, the situation would require specific settings for each one of the cameras, thus compromising the entire project. “In parallel, property security will be able to open Digifort’s monitoring console and have access to the cameras, offering advanced existing surveillance features. In the case of models FLIR A310EN, which feature two simultaneous images (visual and thermal), the monitoring console allows a thermographist to perform an initial inspection, by comparing the images in search of hot spots, providing full attention in substation surveillance. For this and other factors, we consider this project a total success”, concluded Aeon’s director.

Aeon Technologies – Founded in 1996, Aeon Technologies provides consulting services in IT and digital security. With the expertise of its staff, with more than two decades in the market, it finds itself among the most qualified service providing companies in the technology segment. Its broad portfolio meets from the allocation of small specialized resources to the construction of large data networks, with maximum security, providing solutions with technical and operational quality. It has worked with IP surveillance systems since 2006, being an integrator of Digifort software and FLIR, AXIS and PELCO cameras. More information is available on the site www.aeon.com.br.

Digifort â€“ It is the first Brazilian software for “IP Surveillance” and digital image storage. Known as an IP Surveillance System, the product carries advanced resources, equipment and technological solutions for the segments of digital intelligence, corporate surveillance and urban security. It has approximately 12 thousand customers worldwide, with about 200 manufacturers and over 4000 integrated camera models. Presently, its platform is continuously developed in Brazil, commercialized in over 100 countries and translated into several languages, making the software one of the best in international market evaluations. More information is available on the site www.digifort.com.br.