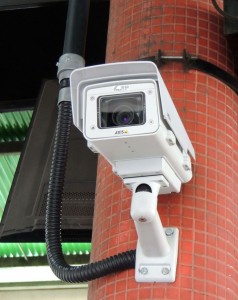 Axis Technology and Digifort is featured in the project

The municipality of Feira de Santana, in Bahia, located 100 kilometers from Salvador, counted with 18 analog cameras for a population of over 600 thousand people. The images were in low resolution and the Police could not rely on this feature to solve crimes.Â  An analysis was performed on the rates of violence, inclusively in the districts of SĂŁo JosĂ© and Humildes, which are part of the municipality, to establish the points which would later be part of a new video-surveillance system. “The study will be the proof that the versatility of Digifort and the union among integrators, manufacturers, and distributors offer the best technological solutions to the end customer”, Carlos Eduardo Bonilha, Digifort’s CEO.

Solution – The project was created by Wimax, system integrator and partner of Axis Communications, specialized in digital cities, with radios from Radwin, an Axis partner. There are 106 network cameras AXIS Q6034-E, of the PTZ type, capable of performing pan and tilt movements, and zoom to monitor intersections and areas that demand 360 degrees surveillance, and 96 cameras of the model AXIS P1354-E, dedicated for the surveillance of areas with high flow of people, such as hallways, bus stations, and public buildings entrances. In all, there were 202 high-definition cameras managed by software from the manufacturer Digifort, an Axis partner.

Results – The urban security project was comprised of 320 radio points interconnecting 150 schools and 28 public health units, and 122 points of public access to broadband, making Feira de Santana one of the country’s largest digital cities. The use of analog cameras was discarded.Â  “We already have a proposal to extend the system. It is a service that everyone looks for when the topic is security, precisely for the integration of all the agencies in the sector”, certifies Mauro Soares, secretary of Violence Prevention of Feira de Santana.

Fiber Optics and Radio – For Victor Soares Bezerra, director at Wimax, “the choice of high-definition digital cameras Ă© key for generating reliable images, capable of assisting in the identification of perpetrators of crimes”. All images are accessed by the Municipal Guard and by the Civil and Military Polices at the Secretariat for Violence Prevention, inside a center with a video-wall.

The transmission of these high-definition images was made possible by adopting a hybrid network system, combining a fiber-optic backbone and two radio-station bases already assembled, one downtown and the other at SĂŁo JosĂ©, located 28 kilometers from downtown (an area lacking electrical infrastructure, where the station is powered by solar and wind energy). The radios that transmit the images from the cameras were used for those more distant locations, unreachable by cabled infrastructure. The 5000 (point-to-multipoint)Â  and 2000 (point-to-point) series from the manufacturer Radwin were chosen, distributed through WDC Networks. 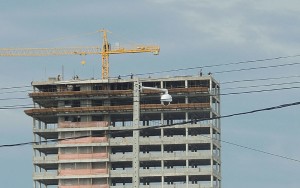 Several areas of the city have benefited

“The current technology on the radios from Radwin differs from the one in conventional radios”, states Marco Santoro, business development manager for WDC. “For being asymmetric, it is possible to divide the bandwidth according to the need. For image transmission, it is possible to set, for example, 8 megabytes for download, receiving the images, and 2 megabytes for upload, for sending the PTZ control”, he explains. Another advantage is that by using the radio, it is possible to save time and, depending on the distance, costs as well.

For the project’s second phase, which is the installation of cameras in other districts and the use of video analysis resources, is under study. These resources include vehicle license plate recognition and the automatic identification of invasion into restricted access areas. These intelligences are already supported by those camera models adopted and it will be possible to add them to the image management software from Digifort.

Digifort â€“ It is the first Brazilian software for “IP Surveillance” and digital image storage. Known as an IP Surveillance System, the product carries advanced resources, equipment and technological solutions for the segments of digital intelligence, corporate surveillance and urban security.Â  It has approximately 12 thousand customers worldwide, with about 200 manufacturers and over 4000 integrated camera models. Presently, its platform is continuously developed in Brazil, commercialized in over 100 countries and translated into several languages, making the software one of the best in international market evaluations. More information is available on the site www.digifort.com.br.