Software is assisting local police in reducing criminal rates of TĂˇchira, one of the main provinces of the Venezuelan territory 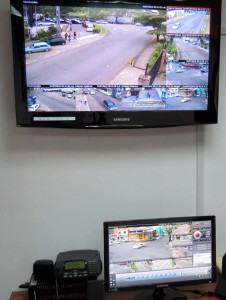 Urban area is observed in the control room

TĂˇchira State Police in Venezuela, could significantly reduce crime in an area of 16 square kilometers in the city of SĂŁo CristĂłvĂŁo, after installing cameras from Axis Communications and Digifort, image management software made in Brazil. The area concentrates many companies and has approximately 14 bank branches. Therefore, the systems integrator “Soluciones Linktel Ac” was contacted to provide a solution to optimize the work of surveillance and security conducted by TĂˇchira State Police, one of the major provinces of the country.

The results of the project appeared in the first month of testing, where the TĂˇchira State Police conducted 25 on-site operations, managing to prevent theft and may even locate stolen vehicles and return them to their owners. Passers also felt more relaxed to pass in the monitored location. Due to the success observed in this implementation, TĂˇchira Government is considering extending in the medium term the video monitoring method to other areas under their jurisdiction.

In total, 31 Axis Communications cameras were installed within the initial project, 15 units of the â€śAXIS Q6032-Eâ€ť model and more 16 â€śAXIS P1343-E” version. All are controlled and monitored by Digifort, Brazilian product that expands its operations in the international market. The example of this success story in Venezuelan territory is repeated in other public administrations or private companies, because the software registers success in similar projects across all continents of the world.

“Axis is our global partner. This success in TĂˇchira, Venezuela, is proof that our products are meeting the market demands in the Latin-American continent. In addition, several projects signed jointly by all over the world. In Brazil, for example, Axis and Digifort are present in important solutions for major events such as the FIFA World Cup 2014 and the Rio 2016 Olympic Games, in addition to providing technology for the segments of public and private security in general “, emphasizes Carlos Eduardo Bonilha, Executive Director of Digifort software.

Digifort â€“ It is the first Brazilian software for IP surveillance, Digital CCTV and electronic image storage.Â Â  Known in the market as an IP Surveillance System, the product carries resources, equipment and advanced technological solutions for the areas of digital intelligence, corporate surveillance and urban security.Â Â  It has approximately190 integrated manufacturers and 3500 approved camera models.Â Â  Presently, its platform is continuously developed in Brazil, commercialized in over 80 countries and translated into several languages, making the software one of the best in international market evaluations.Â Â  More information is available at www.digifort.com.

See photos from this article at the gallery below. 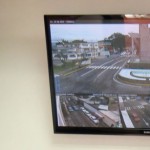 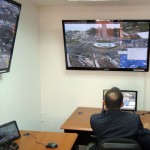 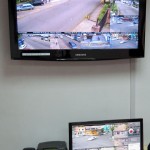