Awarded with 8th Digital Security Award, the product was elected the best VMS software for the seventh time and won as the most effective intelligent video analytics system for the second straight time 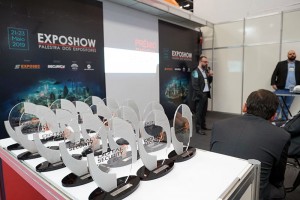 Reinforcing its tradition of attending the worldâ€™s leading technology and electronic security fairs, Digifort won awards and showcased technological innovations at the 22nd edition of Exposec (International Security Fair), held on May 21-23 at SĂŁo Paulo Expo – Exhibition & Convention Center, on Imigrantes Highway, in SĂŁo Paulo/SP. The exhibition of the first Brazilian IP monitoring software also included the recurring partnership of the worldâ€™s main manufacturers in the industry. In addition, the brand institutionally contributed as a member of ABESE (Brazilian Association of Electronic Security Systems Companies), the eventâ€™s organizer.
.
There were more than 5,900 votes tallied to choose the best solutions and services in 15 different categories. Held during Exposec 2019, the 8th Digital Security awards ceremony had record participation of brands and services, with over 112 solutions competing with each other. Within 60 days of promoting, the award consists in the registration of products and services in 13 categories. In the last two, Security Innovation and Best Case, the choice of the finalists is done directly by the Digital Security team. Next, the voting process is open for professionals from the industry to choose the solutions, featuring the DS Award as a Top of Mind award with open voting.
.
Carlos Eduardo Bonilha, CEO of Digifort, values the support from customers, partners, and staff for their belief in the brandâ€™s products and for the expressive voting in this promotion from Digital Security Magazine. “Exposec is a hub of business and technical reference for electronic security professionals. To be awarded at the event is a source of pride for us. We were winners in heavily disputed categories. We won as the best VMS Software for the seventh time and as the best Intelligent Analytics System for the second year. Furthermore, we were runners-up as the best Biometric Reading Technology (Digifort Facial Recognition) and as the best Solution for Cloud Image Recording (Digifort Cloud). No one is successful alone. That is why I make a point of thanking the public for yet another achievementâ€ť, he concludes.
.
See here the list of all the winners!
. 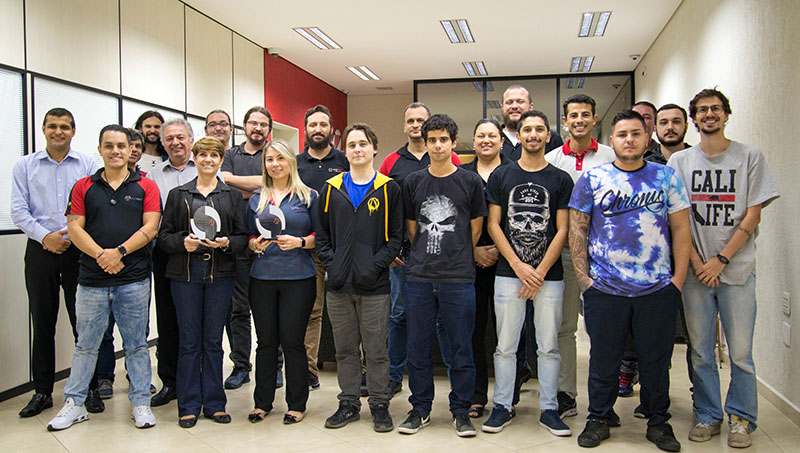 Team Digifort internally celebrates the awards received during the 2019 Exposec

“Exposec is a hub of business and technical reference for electronic security professionals.
To be awarded at the event is a source of pride for usâ€ť.
â€“ Carlos Eduardo Bonilha â€“

Businesses and attractions at Exposec
. 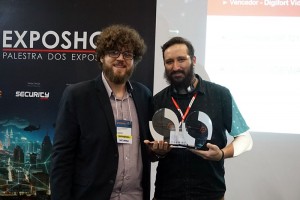 A recent survey shows a universe with 22,000 companies in the sector, including the industry, distributors, and service providers. About 8% are manufacturers, wherein 31% produce cameras. Over the past 12 months, they sold approximately 600,000 cameras per year or 50,000 cameras a month in Brazil. At the opening ceremony, Rimantas Sipas, commercial director of Cipa Fiera Milano, promoting company of Exposec, said that, this year, the fair was bigger than the last edition, expanding the potential for generating business. “I’m sure everyone who passed through here were impressed with the countless innovations in products and services, both in the stands and on the stage of Exposhow”, he said.
.
Exposec also brought other attractions such as the Drone Arena, the ABESE Connect to the SĂŁo Paulo Intelligent Island Arena, the Condominium Security Seminar, and the ESS Congress – Safety in Hospitality focusing on security in hospitals, shopping malls, hotels, and other sectors. ABESEâ€™s president, Selma Migliori, recalled that the fair is a reference in Latin America. “It takes place at a particular moment, when public safety is a priority worldwide. At the same time, electronic security is changing. We are part of this context, so we created spaces in this event to anticipate trends and new business models for the futureâ€ť, she stated.
.
The Municipal Secretary of Urban Security of SĂŁo Paulo, Colonel JosĂ© Roberto Rodrigues de Oliveira, said that to talk about security without involving technology is no longer possible. â€śIt is nonsense. Hence the importance of the fair, which gives opportunity for public administration to appropriate new technologies, so important for us to provide more security to the citizensâ€ť. The general commander of the Military Police of SĂŁo Paulo State, Colonel Marcelo Vieira Salles, recalls that policing plays a role, but it cannot solve it alone. “We have the support of companies, whether manufacturers or service providers, that offer security solutions. Thus, the good results should be credited to allâ€ť, he added.
.
Access other information about Exposec!
.

“We have the support of companies, whether manufacturers or service providers, that offer security solutions. Thus, the good results should be credited to allâ€ť.
– Colonel Marcelo Vieira Salles – 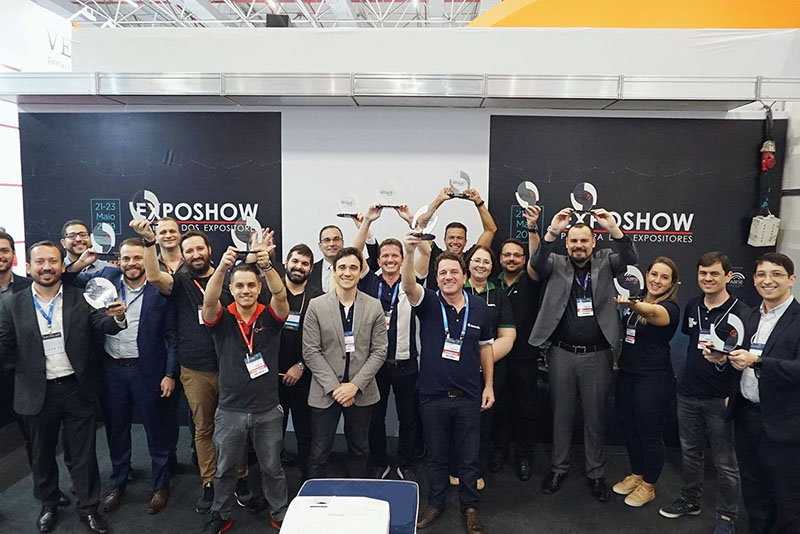 .
About Digifort
.
The software provides technological solutions for the areas of digital intelligence, corporate surveillance, and urban security. It has approximately 25 thousand customers worldwide and about 450 manufacturers with more than 10 thousand integrated camera models. Presently, its platform is continuously developed in Brazil, commercialized in over 130 countries, and translated into several languages, making the software one of the best in international market evaluations. It has own offices and representatives in Brazil, The United States, Hong Kong, England, Australia, New Zealand, Argentina, Colombia, Mexico, the United Arabic Emirates, France, Thailand, India, and Singapore. More information is published at www.digifort.com.br.