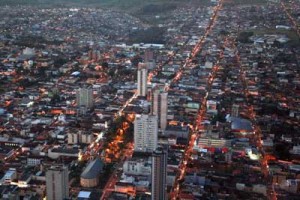 The city will be monitored 24 hours a day

The city of Alfenas, in the State of Minas Gerais, located 342 km from the capital city of Belo Horizonte, had to face the criminality problem and prevent criminal acts so as to ensure the safety of its almost 74 thousand citizens. The Social Defense Secretariat carried out a study to identify the areas with the higher degree of criminality in the city and decided to implement a more up-to-date video surveillance system to inhibit actions from offenders.

Solution – Seal Telecom, an Axis Communications partner company, designed, with the help of Social Defense, an IP video surveillance solution integrated to an Operational Control Center (OCC). The IP cameras from Axis were strategically installed in order to enable full use of their pan, tilt and zoom functions in all directions. These functions allow the environment to be monitored in a 45-meter radius for identification, in a 230-meter one for recognition and 1100 meters for detection. â€śWe have registered a reduction in criminality in the areas where the cameras were installed and an improved control of incidents in these places”.

Results – Presently, the city of Alfenas has cutting-edge equipment that captures high-resolution images 24 hours per day, as well as storing them for later use by the authorities, if so needed. The captured images are transmitted to the Operational Control Center, allowing real time visualization of the site as well as an efficient analysis of the situation and quick response in case of emergencies by means of the Digifort software.

Surveillance Strategy â€“ The control of the IP video surveillance solution at the city of Alfenas is done in practice via the ten Axis Q6032-E Network Cameras and six AXIS Q6034-E, which are all controlled at the center by the AXIS T8311 joystick. The software used for image management is from Digifort, an Axis partner company. In this room, one 12 TB Iomega, also an Axis partner company, storage unit was further installed file storage.

Furthermore, Seal Telecom was responsible for integrating the other cameras belonging to City Hall in the new installed system, thus improving the already-installed equipment and empowering the project. It was approximately five monthsâ€™ time between the planning stage and the conclusion of the installation work. In the evaluation of the Social Defense Secretary, Vander Cherri Marcolino, â€śthis equipment enables an assertive work by part of the city’s security agentsâ€ť.

Digifort â€“ It is the first Brazilian “IP Surveillance” and digital image storage software. Known in the market as an IP Surveillance System, the product carries advanced resources, equipment and technological solutions for the sectors of digital intelligence, corporate surveillance and urban security. It has over 12 thousand customers worldwide, 200 integrated manufacturers and 3500 licensed camera models. Presently, its platform is continuously developed in Brazil, commercialized in over 100 countries and translated into several languages, making the software one of the best in international market evaluations. More information is available at www.digifort.com.br.